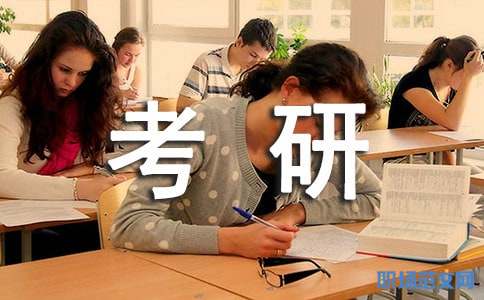 Weahter a large family is a good thing or not is a very popular topic which is often talked about not only by city residents but by farners as well.

2.There is no denying the fact that…

There is no denying the fact that air pollution is an extemerely serious problem: the city authorities should take strong measures to deal with it.

4.More and more people are realizing the importance of …

Tody an increasing number of people have realized that law education is of great importance .In order to keep law and order, very one of us is supposed to get(=receive)a law education.

5.From what I have mentioned above we can see clearly that…

From what I have mentoned above,we can see clearly that violence on TV has (a) great influence on young adults’ behaviour.(或 teenagers’ behavior 或 youngsters’ behavior)

1．There are some good reasons for…(分析原因)

There are two reasons for the improvement in people’s living conditions. In the first place, we have been carrying out the reform and opening-up policy. Secondly,there has been a rapid expansion of our national economy .Further-more, the birth rate has been put under control.

2.My suggestions to deal with the problem are as follows. In the first place,… Secondly,…Finally… solve

My suggestions to deal with the problem are as follows .To begin with, it is urgent to create nature reserves. Secondly, certain rare wild animals that are going to be extinct should be collected, fed and reproduced artificially. Finally ,those who hunter them must be punished severely.

3.Different people have different opinions on this question. Some people believe that … Others

argue that… Still others assert that…（论述不同看法）

People differ in their attitudes towards failure.Faced with it ,some of them can stand up to it .draw useful lessons from it and try hard to fulfii what they are determined to do. Others, however, lose heart and give in.

It is desirable to build more hospitals,shopping centres,recreation centres,cinemas and other public facilities to meet the growing needs of people.

5.As a popular saying goes “Everything has two sides.” (分析利弊)

As a popular saying goes, “Everything has two sides.” Now people (the public)are benefiting more and more from scientific and technological inventions. On the other hand,the progress of science and technology is bringing us a lot of trouble. People in many countries are srffering from public hazards.

7.It is generally believed that …

It is generally believed (=thought) that the chief reason for the increase in population in developed coutries is not so much the rise in birth rates as the decline in death rates as a result of the improvement in medical care.

There is no doubt that the increase in demand causes(results in/leads to) the rise in prices.

1. It must be pointed out that it is one of our basic State policies to control population growth while raising the quality of the population.

2. It is (has been) estimated that the world's population could reach 6 billion by the end of the century.

3. It must be kept in mind that there is no secret of success but hard work.

4. It can be seen from this that there is no difficulty in the world we can overcome.

5. As is known man is the product of labour.

6. It is a common saying that man who has a settled purpose will surely succeed.

7. It is clear that the enemy has no desire for peace.

8. It is hard to imagine how Edison managed to work twenty hours each day.

9. It's hard to say whether the plan is practicable.

10. There is no doubt that you will be helped by others if you have any difficulties.

11. It seems certain that they have made a series of experiments.

12. It is said that bats have been using radar for millions of years.

13. To tell the truth , many mistakes we made could have been avoided.

14. As we know, it was not until recently that the problem was solved.

15. It must be admitted that you haven't done what you promised to do.

16. In my opinion, this computer is different from that one you saw.

18. All this shows that nothing can prevent us from reaching our aims.

19. As far as we know, it took him more than a year to write the book.

20. It has been proved that every substance, no matter what it is, is made up of atoms.

21. It has been decided that we are going to build a railway whose base must be completed within this year.

22. It is obvious (evident) that the success of the innovation depends on our concerted efforts.

23. To be frank, whether you like it or not, you have no other choice.

24. It is natural that one may have trouble expressing complicated ideas in simple English.

25. What is more important, the agreement they have negotiated is being carried out.

26. We will be successful as long as we persevere.

27. Frankly speaking, what you call the truth may not apply to things happening here.

28. It is true that we must redouble our efforts; otherwise we cannot catch up with the developed countries.

29. I take it for granted that they will support this idea.

I regard it as natural that they will agree to this idea.

30. In a certain sense, a successful scientist is a person who is never satisfied with what he has achieved.

31. The oceans do not so much divide the world as unite it.

32. There is no denying the fact that the new management method has greatly increased the production.

33. There is no denying the fact that the new management method has greatly increased the production.

34. Upon hearing the unexpected news, he was so surprised that he couldn't utter a word.

35. As the saying goes, nothing in the world is difficult for one who sets his mind to it.

37. Noting can prevent us from realizing the four modernizations.

38. Now in China, more and more families can afford to buy high-grade goods, such as washing machines, TV sets, videocorders.

39. No matter how difficult English may be, you should do your best to learn it.

40. It can be said that without knowledge of science and technology, it is impossible to build socialist modernizations.